Want to have a real impact on the lives of refugees? Join the UNHCR and let’s design innovative solutions together.
More info here.

This topic is addressing the issue of climate change and how it is impacting a lot of essential principles of basic human rights: reduced availability of water, decrease in crop yields (which can lead to famines), and rising sea-levels. This will affect areas, such as the Pacific island nations, and countries with large coastlines, putting them at risk of frequent floods, storms and much more. Disasters and climate change are a growing concern. Since 2009, it is estimated that for every second, one person has been displaced by the disaster, with an average of 22.5 million people displaced by climate or weather-related events since 2008 (GRID 2018). The vast majority of the people concerned are concentrated in the most vulnerable areas around the world. This will create forced displacement of people, exacerbating the factors that lead to poverty and conflict, rendering both the humanitarian needs and responses in such situations even more complicated. The goal here is to ensure the full protection of human rights for forcibly displaced people due to climate change.

Topic B: Countering Toxic Narratives About Refugees and Migrants

This topic covers the issue of the growing fear of immigration that is largely associated with economic insecurities, such as loss of jobs to immigrants and questions over welfare distribution, but also the question of culture and loss of identity. All these insecurities lead to the rise of toxic narrative about refugees and migrants. Today, there are more than 68 million people who have been forcibly displaced around the world. There are also an estimated 10 million stateless people who have been denied a nationality and access to basic rights such as education, healthcare, employment and freedom of movement. Countering those narratives are essential as it is the base to ensure the respect of basic human rights for refugees and migrants. Our challenge is to take measures to protect migrant workers and members of their families from these erroneous narratives about refugees that are damaging the effectiveness of aid such as funding and create new policies, but also to ensure the full protection of their human rights. 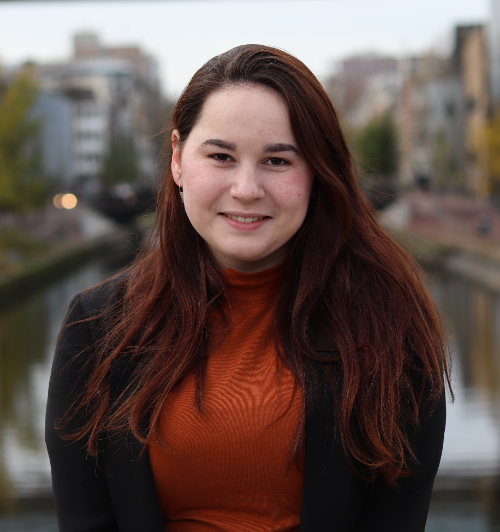 Hi everyone! My name is Maxime and I’m 21 years old. I’m a third year student at Amsterdam University College, studying law and economics. Outside of university and MUN I love to sing and play the piano, as well as cooking and baking whenever I have time. AUCMUN 2019 will be my 14th MUN conference since I started when I was sixteen, and it will be my 3rd time participating AUCMUN. I’m so happy to participate once again in AUCMUN. I want to make everyone feel at home here, just as I do. Hopefully I can contribute to a good experience for delegates this year, like the experiences I’ve had at AUCMUN before.

Hello everyone, my name is Camila Mosier-Giovine and I am a Mexican-American student in my second-year at John Cabot University, studying International Affairs with a minor in Legal Studies.
I was raised in El Paso, Texas, and moved to Italy to pursue my college education at the age of 18. I enjoy traveling, creative writing, and playing music. Though I only began participating with Model United Nations in university, I have a background of debate and interest in politics. I joined MUN to further these passions, and in it, found a network of like-minded individuals and amazing experiences. I am very excited to meet everyone at AUCMUN 2020, and am looking forward to chair in this invigorating committee.