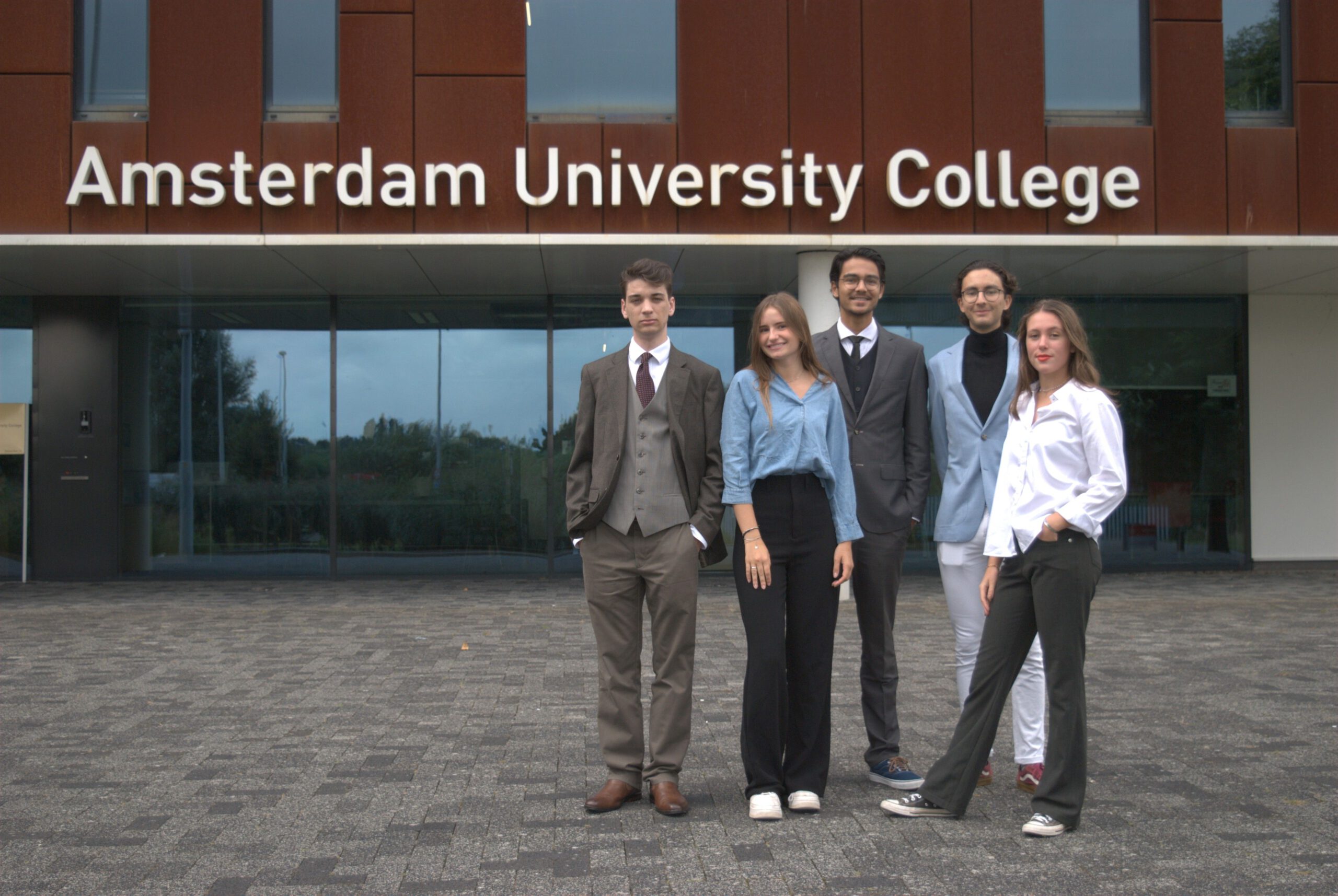 AUCMUN is a student-run organization in charge of organizing Amsterdam University College’s very own Model United Nations. We provide a platform for university students from around the world to debate and discuss dire issues. Typically, AUCMUN hosts 250 delegates, 24 chairs, and 8 backroom staff members, representing more than 60 nationalities. With the pandemic, the 6th edition of AUCMUN will take place in person from April 8th to April 10th 2022, where we will be expecting to make AUCMUN even greater!

Want to be a chair? APPPLY HERE!
Want to participate? APPLY HERE!

The historic city of Amsterdam provides the perfect backdrop for a global discussion. Its iconic canals and narrow houses are only part of the cultural heart of the Dutch capital. It harbors a rich history, reflected in the architecture and many museums. The city has an international fit, and today is proud to hold over 180 different nationalities. Amsterdam is also one of the Netherlands’ prime student cities, with a young and engaged population, and two top research universities. This ensures that you can find many bars, pubs and clubs to enjoy the city’s nightlife.

Amsterdam University College is a Liberal Arts and Sciences College with a strong international focus. It was created by the two well-established Amsterdam universities: the University of Amsterdam and the Vrije Universiteit. AUC meets the current global need for a generation that can solve interdisciplinary problems, and accommodates students from all backgrounds. AUC has around 900 students, half of whom are international, and forms a diverse community of honors students in Amsterdam. The campus is located on Science Park, and is only an 8 minute train ride or 20 minute bike ride away from the city center!

MUN is a simulation of the real deal, the United Nations and its numerous organs. MUN conferences typically consist of multiple committees that address topics which could also be discussed at the UN. Participants (a.k.a. ‘delegates’) take on the roles of different countries and defend their viewpoint in the committee debates. Together, within the committee the goal is to formulate a resolution for a plan of action, as a result of negotiations and debate. MUN conferences help delegates develop public speaking, negotiating and debating skills.

There is also a less academic side to MUN conferences, as many conferences also organize social events including galas, borrels etcetera, so there are plenty of opportunities for you to bond and network with your fellow delegates.